The Homilies on the Epistle to the Hebrews by John Chrysostom: A Complement to the Coptic Version

The series of the Homilies on Hebrews (CPG 4440; PG 63, coll. 9-236) was traditionally ascribed to John Chrysostom’s last years in Constantinople (403-404). However, this assumption has been challenged recently by Pauline Allen and Wendy Mayer,[1] the two scholars from Australia who changed so much in our understanding of Chrysostom’s preaching activity. More precisely, they indicated that Chrysostom delivered some of the speeches on Hebrews during his Antiochian period.

Of all the Coptic translations of Chrysostom’s biblical commentaries, his Homilies on Hebrews are probably the best represented. Even if only fragments have survived, it is likely that all 34 homilies were translated into Coptic.

While browsing through the Sahidic manuscripts from the White Monastery which are kept today in the National Library in Paris, I came across a new parchment fragment of John Chrysostom’s Homilies on Hebrews. This fragment, which belongs to the 12th homily, was previously unidentified.

Before introducing the new witness, let’s see what fragments were already known from the Homilies on Hebrews in Coptic.

In 1909, in his catalogue of the Coptic manuscripts in John Rylands Library in Manchester, Walter Ewing Crum showed that this collection possesses a palimpsest parchment leaf which contains part of a homily on the Epistle to the Hebrews by John Chrysostom.[2] This is MS 25, fol. 4 and the original manuscript, today dismembered, came from the Monastery of Apa Shenoute, or the White Monastery, in Upper Egypt.

I have pointed out in a previous article that the second copyist used as writing material a manuscript which can be safely dated around 990 AD.[3] This means that the palimpsest must have been manufactured after this date (perhaps in the 12th or even 13th century).

Another fragment from the same palimpsest, which contains a part from the 7th homily on Hebrews, is kept today in the collection of the French Institute in Cairo (IFAO no. 171). This bit is mentioned by Catherine Louis in her still unpublished catalogue of the Coptic manuscripts in IFAO.[4] 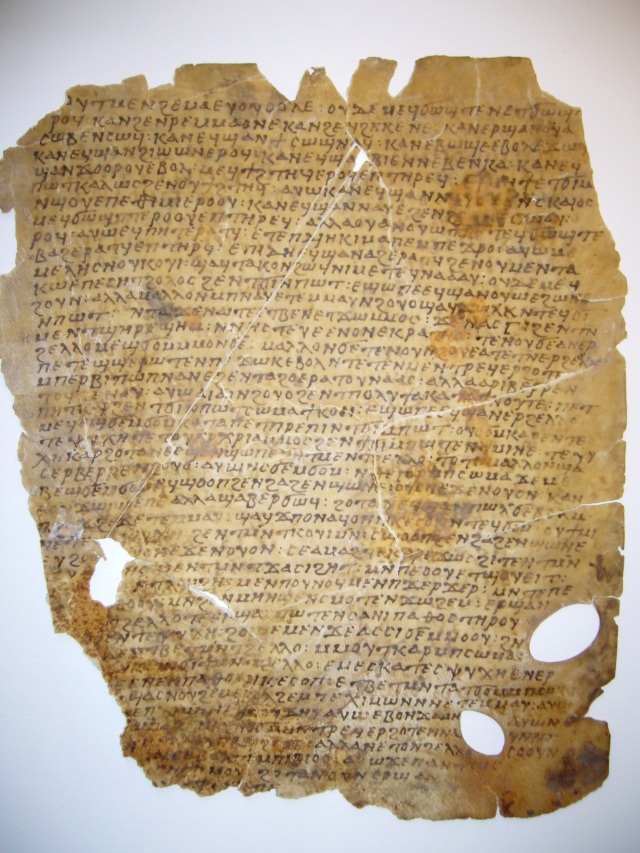 The two fragments identified so far are not, however, the only witnesses of John Chrysostom’s Homilies on Hebrews in this codex. I have found two other fragments from the same manuscript which I will present later.

The remnants of a second manuscript containing a selection of the Homilies on Hebrews are shared today by several archives around the world. Four leaves from Naples (IB 16, ff. 20-23) were announced recently by Paola Buzi.[5] Another fragment from Paris (BnF Copte 1315, f. 87) was published a long time ago by Urbain Bouriant,[6] but was identified only later by Enzo Lucchesi.[7] Just like the previous manuscript, this is also a palimpsest. 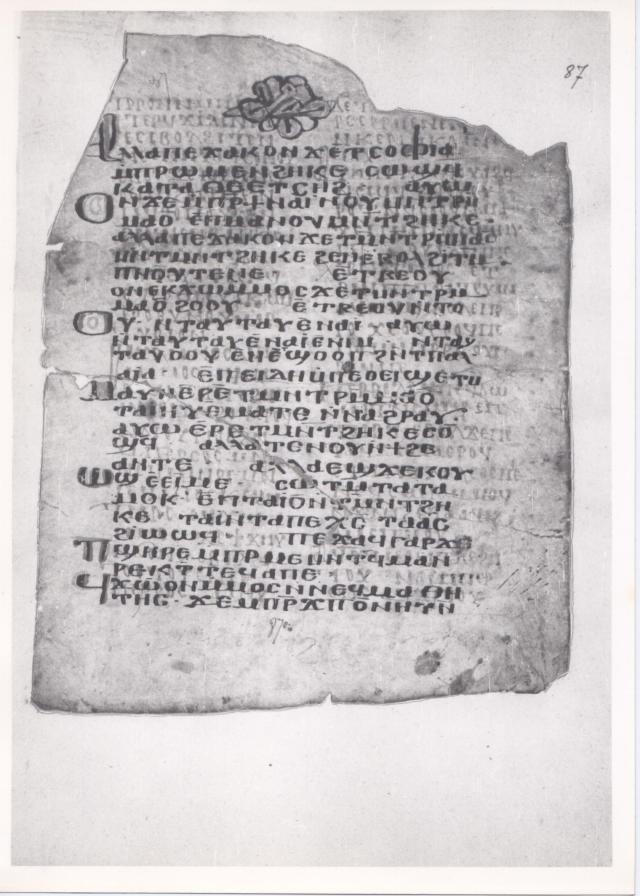 The White Monastery possessed yet a third manuscript of the Homilies on Hebrews. Some Parisian pieces of this codex were mentioned for the first time by Enzo Lucchesi.[8] For her part, Paola Buzi offers in her catalogue of the Borgian manuscripts in Naples a tentative reconstruction of the manuscript, whose surviving leaves are numerous and generally well-preserved.[9]

This codex was not exclusively dedicated to the Homilies on Hebrews, but it included as well some of Chrysostom’s Homilies on the Gospel of John (CPG 4425), and the first homily De diabolo tentatore (CPG 4332). The latter text was identified by chance during my attempt to organize the scattered bits of this codex. I will come back to this issue in a future post.

We have finally arrived to the fourth, and probably the last White Monastery codex which contained, at least in part, the Homilies on Hebrews by John Chrysostom. I have already announced this new fragment in my complement to Paola Buzi’s catalogue,[10] but I will treat it here a little bit more extensively.

The paleographical comparison with other manuscripts from the White Monastery has revealed that the fragment was copied by the same scribe to which we owe the Apophthegmata Patrum codex (MONB.EG) edited by Marius Chaîne.[11] In the pictures below can be seen the recto of the Chrysostom fragment, and a bit of the Apophthegmata Patrum manuscript (Vienna K321, the picture was taken from the digital catalogue of the Papyrussammlung):

Paleographical and linguistic features suggest that the copying process was achieved in the scriptorium of Touton, in the Fayyum. The superlineation system employed in the Apophthegmata manuscript is peculiar and it was analyzed in detail by Bentley Layton.[12]

The new fragment from Chrysostom’s Homilies on Hebrews exhibits the same method of superlineation. However, despite the fact that both of them were obviously copied by the same scribe, I have doubts that the Chrysostom bit should be attributed to the Apophthegmata codex. I hope that further research will bring to light supplementary fragments which will illuminate this issue.

[2] W.E. Crum, Catalogue of Coptic Manuscripts in the Collection of the John Rylands Library Manchester (Manchester: Manchester University Press, 1909) 25-26 (= no. 25).

[10] Suciu, A., “The Borgian Coptic Manuscripts in Naples: Supplementary Identifications and Notes to a Recently Published Catalogue,” forthcoming in Orientalia Christiana Periodica 77 (2011)

I am a researcher at the Göttingen Academy of Sciences and Humanities. I write mostly on Coptic literature, Patristics, and apocryphal texts.
View all posts by Alin Suciu →
This entry was posted in John Chrysostom, Patristics and tagged Bibliothèque nationale de France, codicology, Coptic Manuscripts, Homilies on the Epistle to the Hebrews, John Chrysostom, John Rylands Library, paleography, Patristic literature, Patristics, Vienna. Bookmark the permalink.

7 Responses to The Homilies on the Epistle to the Hebrews by John Chrysostom: A Complement to the Coptic Version