A British Museum Fragment Purchased from Christie’s: New Evidence of the Book of Jeremiah in Coptic

A few days ago, I found out via Roger Pearse (who took over the news from AWOL) that the British Museum has prepared a searchable database of its collections. I was naturally interested to see whether they offer access to some of the Coptic material. Indeed, it appeared that there are many Coptic items worth checking that are accessible there.

A Sahidic parchment leaf caught my attention in particular. According to the information supplied in the database, this manuscript fragment was purchased by the British Museum from Christie’s in 1996.

Pictures of both sides of the fragment are available on British Museum’s website: 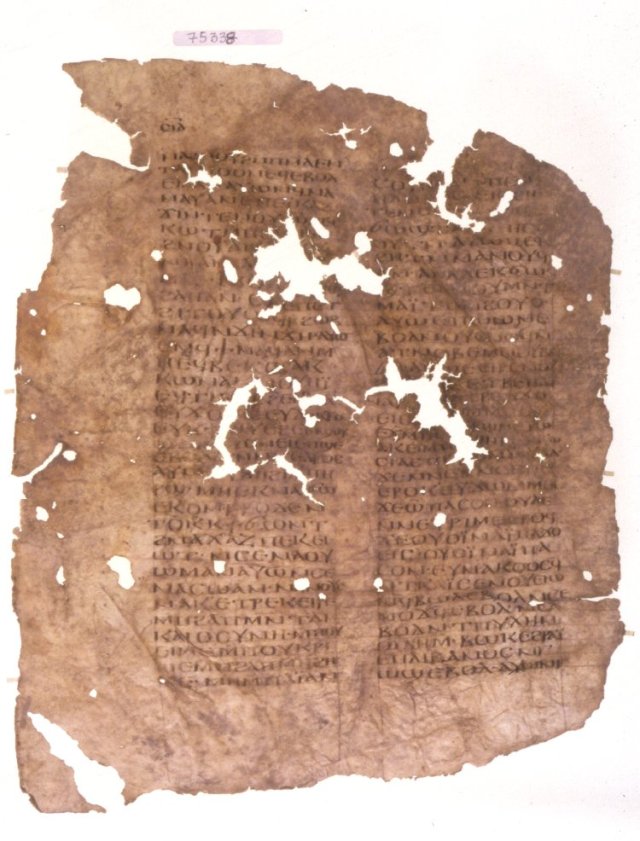 Here is some relevant information connected to this manuscript:

Description
Parchment sheet from a codex with two columns of Coptic text on either side (34 lines).

As far as I am aware, this Coptic fragment was neither studied, nor identified before. It would be useful, therefore, to say here a few words concerning it.

The fragment is paginated 213-214, which means that the original codex must have been quite substantial. Its handwriting does not look familiar to me and I was unable to find other leaves codicologically related to the London fragment. However, examination of the photographs led me to the conclusion that the manuscript contains a portion from the Book of Jeremiah in Sahidic. More precisely, the Coptic text corresponds to Jer. 21:14-22:20 (LXX). The document is of particular importance as it supplies us with a passage from Jeremiah which was unknown in Sahidic. According to Hany N. Takla’s estimations,[1] the currently known Sahidic manuscripts give us only 52% of this Biblical book. Thus, every newly found fragment is a valuable textual witness which adds another piece to the puzzle. Therefore, it is important not only to record properly this new witness, but also that it is edited in the near future.

I am a researcher at the Göttingen Academy of Sciences and Humanities. I write mostly on Coptic literature, Patristics, and apocryphal texts.
View all posts by Alin Suciu →
This entry was posted in Bible, Jeremiah, Old Testament and tagged Alin Suciu, British Museum, Christie's, Coptic Bible, Coptic Manuscripts, Jeremiah, Old Testament, Sahidic. Bookmark the permalink.

5 Responses to A British Museum Fragment Purchased from Christie’s: New Evidence of the Book of Jeremiah in Coptic