Hot off the press: The Berlin-Strasbourg Apocryphon. A Coptic Apostolic Memoir 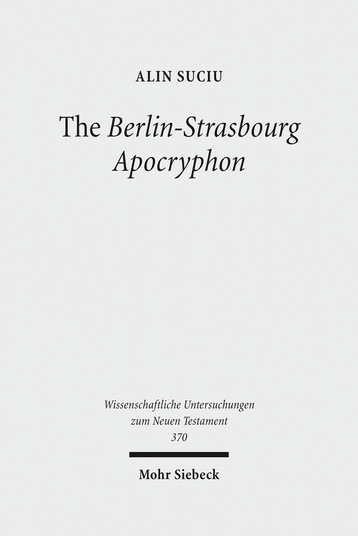 I am pleased to announce that my book on the Berlin-Strasbourg Apocryphon has just been published with Mohr Siebeck. The book is available HERE.

Abstract: “The present volume offers a new edition, English translation, and interpretation of the Berlin-Strasbourg Apocryphon, previously known as the Gospel of the Savior. An apocryphal story about Jesus probably transpiring shortly before the Crucifixion, the Berlin-Strasbourg Apocryphon claims to recount the narrative as told by the apostles themselves. The text also includes a long hymn sung by Christ to the cross on which he will soon be crucified. The Berlin Strasbourg-Apocryphon is exclusively preserved in Coptic by two fragmentary manuscripts, Papyrus Berolinensis 22220 and Strasbourg Copte 5–7. Additionally, a Coptic manuscript discovered at Qasr el-Wizz in Christian Nubia contains a short version of the Hymn of the Cross. Until now, it has been almost unanimously accepted that the Berlin Strasbourg-Apocryphon is an ancient Christian gospel – probably datable to the second century CE – which was bypassed in the formation of the Christian canon. Approaching the text from the angle of Coptic literature, Alin Suciu rejects this early dating, showing instead that its composition must be located following the Council of Chalcedon (451 CE), whose theological deliberations gradually alienated Egypt from the Byzantine world. The author argues that the Berlin-Strasbourg Apocryphon is one of numerous “apostolic memoirs,” a peculiar genre of Coptic literature, which consists of writings allegedly written by the apostles, often embedded in sermons attributed to famous church fathers.”

I owe a special debt of gratitude to the Mohr Siebeck editors and staff for their professionalism. I finalized the manuscript in October and today I already got my free copies. 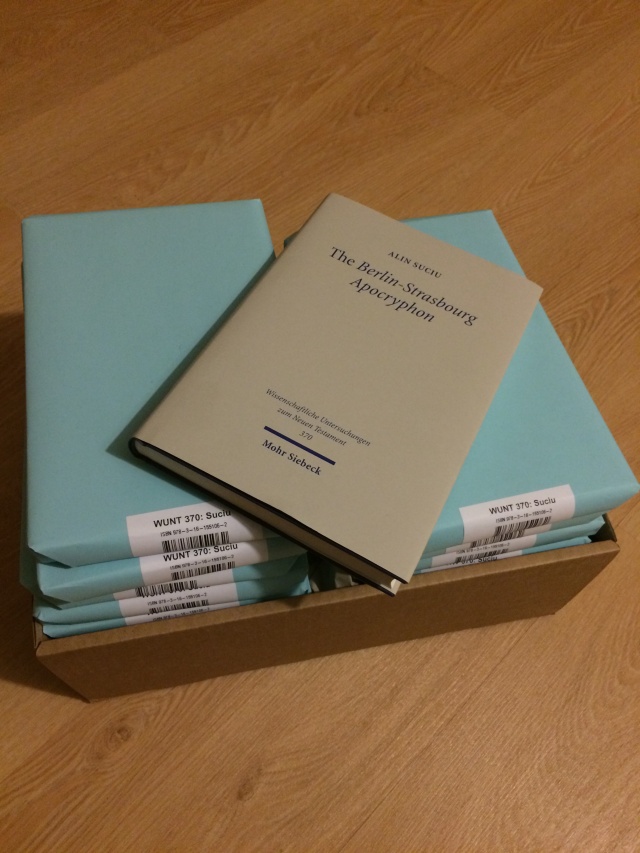 8 Responses to Hot off the press: The Berlin-Strasbourg Apocryphon. A Coptic Apostolic Memoir