On Coptic Literary Fragments and the Principles of Editing Them

Here are some thoughts on editing Coptic manuscript fragments, especially those from the Monastery of Shenoute. This is part of a longer article which I will publish in the 2014 issue of the Journal of Coptic Studies.

UPDATE (AUGUST, 2015): You can now read the article which I mentioned in the paragraph above HERE.

Unlike the literary heritage of other traditions (Greek, Syriac, Ethiopic, Armenian, Georgian etc.), the literature of the Coptic church has survived in pieces. Although complete Coptic codices exist, and some of them are among the oldest such artifacts, most of the Coptic manuscripts are preserved only as fragments. The deplorable physical state of the manuscripts makes the study of Coptic literature a very peculiar endeavor. While the scholars of Syriac, Arabic or Ethiopic are normally able to offer text editions based on a rich manuscript tradition, the task of the Coptologist is completely different.

Thus, our main scholarly occupation is to identify isolated manuscript fragments, which usually do not carry any relevant mark as to their authorship. Therefore, Coptic literature is mostly a literature of fragments and the scholar of this literature is a sleuth who tries to identify small scraps of papyrus or parchment and to connect them to other paleographically related fragments. There are still enough unidentified Coptic manuscript fragments to give headaches to the next generations of Coptologists. The fact that so much material is still unidentified delays very much a proper history of Coptic literature (although we can write constant updates based on our current knowledge). 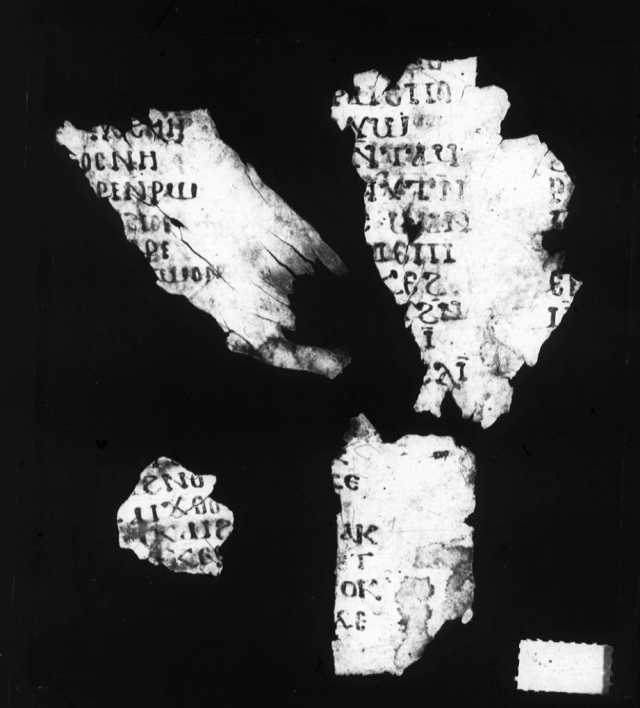 Unfortunately, isolated fragments from the White Monastery codices have been randomly published too often, the sole criterion in choosing them being pure fortune or, in the best case, the taste of their modern editors. Edited without a proper identification of the work that it contains and without specification as to its codex of provenance, a manuscript fragment has little to say. Hence, it is of almost no relevance for the progress of our field. Someone might claim that the same situation applies to Greek papyrology and philology. As it is well known, some important literary fragments in Greek have been identified only long after the publication of their editio princeps. One may think, for example, of the Greek fragments of the Gospel of Thomas, identified only after the discovery of the Coptic version of this text. However, as we know that the source of most of the Sahidic parchment fragments available in different collections around the world is the Monastery of Shenoute, in the field of Coptic paleography and literature such a method to edit documents is chaotic at best. Therefore, it is always advisable to search for paleographically and codicologically related fragments of the items envisaged for publication.

The process of editing Coptic literary fragments, especially when we deal with late parchment manuscripts, should follow some basic principles. In my opinion, the publication of biblical and literary Coptic manuscript fragments should fulfill at least one of the following conditions:

1) they contain texts newly attested in Coptic, which broaden our picture of Coptic literature;

3) if the text has already been edited, the new fragment should display at least significant variae lectiones, interesting paleographical traits or grammatical features;

4) fragments of texts already published can be edited if they are part of a previously unknown collection of manuscripts, which must be made public;

5) the publication supports the creation of a critical edition, listing known witnesses, their content and other basic features.

If you have any thoughts about this, let me know.

I am a researcher at the Göttingen Academy of Sciences and Humanities. I write mostly on Coptic literature, Patristics, and apocryphal texts.
View all posts by Alin Suciu →
This entry was posted in Articles and tagged Alin Suciu, codicology, Coptic literature, Coptic Manuscripts, Journal of Coptic Studies, paleography. Bookmark the permalink.